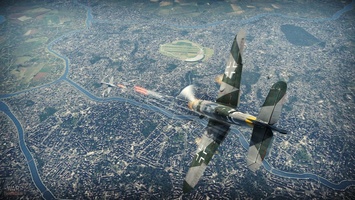 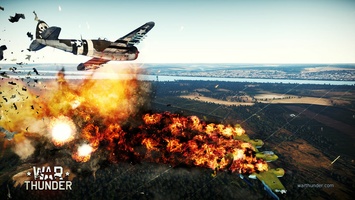 विज्ञापन
War Thunder is a massive multiplayer war game where you will take control of planes, trains, and tanks in spectacular online battles set during World War II.

Join impressive multiplayer battles and face off against players from around the world. You can form squadrons using aerial or ground units, and, basically, do your best to annihilate your enemies using anything you can find.

Now, although there are plenty of PvP (player versus player) battles in the game, War Thunder also includes a great PvE (player versus environment) component. You can join missions connected by a dynamic campaign, both in single player as well as cooperative mode. The game also has a mission editor to spice up single-player mode.

War Thunder's strong point is in aerial combat, but we should point out that you can also take control of tanks and warships. You can play from a third-person perspective, or go for first-person, and check out some detailed cockpit designs.

Visually, War Thunder is really impressive. It uses real plane and tank models from WWII to bring you the most immersive experience possible.

War Thunder is a spectacular MMO war game. Mission size - both in single-player as well as online combat - is enormous: dozens of players flying planes, with tanks and warships fighting simultaneously, to give you an idea.
Álvaro Toledo द्वारा समीक्षित
विज्ञापन